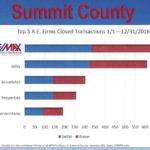 With almost 650 transactions closed, RE/MAX Properties of the Summit was the #1 real estate agency in 2016, topping the next four most productive agencies.

Our clients bought and sold homes throughout Breckenridge, Keystone, Copper, Dillon, Frisco and Silverthorne, enjoying the personalized, top-tier service they have come to rely on.

September was the Busiest Month for Sales throughout the County 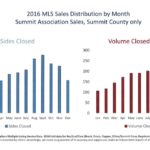 Breckenridge Real Estate Sales Were #1 by Area in Summit County

2016 sales volume for Breckenridge was 44% of the county’s total, down slightly from 46% in 2015, but still accounting for the majority of real estate sales in Summit County.

In descending order the next most popular areas were Dillon, Silverthorne, Wildernest, Summit Cove, Frisco, Copper and Keystone. 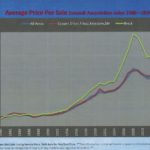 If you are interested in buying or selling a real estate in Breckenridge, or anywhere in Summit County, please call me at (970) 390-9311 today.